HomeBlogIn the Beginning: The Evolution of Dogs Part 1

In the Beginning: The Evolution of Dogs Part 1 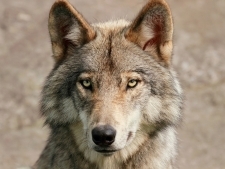 The first known relatives of the wolf existed during the Paleocene period 60 million years ago, named Cynodictis or the dawn dog, a long-bodied canid that resembled a fox. It was arboreal and was thought to possibly be related to modern-day felines as well as canines. Fossils of this species have been found from China to Great Britain. Cynodictis was one of the first carnivorous mammals and hunted on the ground as well as in the trees. He was an extremely good runner and digger. The diet of Cynodictis consisted of rabbits and small rodents. It was able to dig them out of their burrows. The dawn dog inhabited the river banks of semi-arid plains. It dug burrows where young were born and raised. Mothers and pups would sometimes be killed in flash floods where they were preserved as fossils. The diet of Cynodictis consisted of rabbits and small rodents. It was an efficient hunter, digging prey from their burrows or stalking in the trees.

The first recorded true ancestor of the modern wolf is the Canis lepophagus that existed during the Miocene era (23-5 million years ago). It was also known as the hare-eating wolf or Johnson’s wolf. This wolf’s fossils have only been found in North America and existed for approximately 8.5 million years. Another candid group that lived during this time was Borophaginae or the “bone-crushing dogs.” They were a large, hyena-like family that reigned as top dogs over most of North America until its extinction 2.5 million years ago. When this happened, Canis lepophagus began to evolve and resemble the modern wolf of today. The first true wolves appeared 4.7-1.8 million years ago including Canis priscolatrans the oldest relative of the modern-day red wolf that crossed the Bering Land Bridge and colonized Eurasia. In North America, C. Priscolatrans evolved into Canis mosbachensis which gave rise to Canis lupus, our modern-day wolf.

Canis lupus, the grey wolf, is one of the most well-researched mammals in the world. Wolves colonized North America between 240, 000 and 11, 000 years ago and began their relationship with humans no later than 15, 000 years ago. New DNA testing of a paleolithic dog’s remains from East-Central Asia suggests it may have been closer to 33, 000 years ago that wolves and dogs first became partners. The domestication process began when wolves and humans realized a symbiotic relationship existed between them. Humans and wolves made an efficient hunting team that was more successful hunting together than on their own. They also protected each other's territory. Wolves and humans essentially became members of the same tribe.

In 1993, DNA testing revealed that Canis lupus and Canis Familiarus (the domestic dog) were the same species. Scientists renamed the domestic dog to be classified as a sub-species of the wolf: Canis lupus familiarus. Though our domestic canines vary so much in size, shape, color, and behavior, they still retain much of their wild ancestry. We have “tamed” and modified certain behavioral and structural traits of the wolf but fundamentally, the dog remains anatomically and physiologically the same. Sixty million years of evolutionary development have created one of the most successful predators of our time.

Find out more about these amazing animals each week. You'll see your house pet in a whole new light.

Next month: Evolved Anatomical Traits of Dogs and Wolves