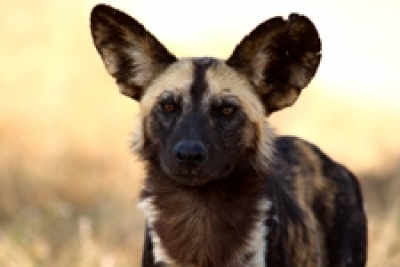 3P Naturals has proudly provided raw pet food diets for dogs and cats for over 15 years. Over the years, we have witnessed the beneficial results of feeding raw. Our mission is to improve and enrich the lives of pets through biologically appropriate nutrition. Our team of veterinarians, educators, consultants, and staff strive to create the ultimate raw pet food diet for domestic carnivores.

The most commonly asked question is: “Why should I feed raw? What’s the difference?”

In 1993, after DNA testing Canis lupus (the wolf) and Canis familiarus (the dog), the Smithsonian National Museum of Natural History and the American Society of Mammologists re-named the dog as a subspecies of the wolf: Canis lupus familiarus. Wolves and dogs are so closely related, it is impossible to classify them as two separate species. The outer appearance of our canine companions has been modified through selective breeding programs but physiologically and anatomically, they are virtually identical.

Dogs are classified as opportunistic carnivores, meaning that they consume prey when feeding seasons are good but can survive as scavengers when prey is scarce. Studying the dog’s wild counterparts helps us to understand the dietary requirements of the species. The wolf will hunt fresh prey whenever possible and will supplement accordingly with ripened fruit, roots, grasses, insects and will steal kills from other carnivores to survive.

Wolves and dogs share the same anatomical features. These characteristics are used by scientists to classify an animal as herbivore, omnivore, or carnivore. Canines are classified as part of the Order Carnivora. Wolves and dogs are built for endurance and will chase prey for miles until it is too tiring to go any further. They have countless anatomical features that distinguish them as carnivorous animals. Below, the carnivorous traits of the dog are discussed.

The skull of an animal tells the story of its evolution. Prehistoric dogs roamed the earth millions of years before the first man appeared. The physical structures of the animal have undergone hundreds of changes over time to best help them survive as predators. To the right, a dog skull, and the skull of a deer (herbivore). Upon examination of the skull photos we can see that certain features are pronounced in each case. Focusing on the skull of the dog, the eye sockets face forward as do all predators so that they may look directly at prey while stalking. Herbivore eyes are situated on the sides on the sides of the head to maximize the range of vision while their heads are down and the animal is grazing. This range of vision helps them to see predators from as many different angles as possible.

Predominant canine teeth, pre-molars shaped for cutting, and sectoral (shearing) teeth are tell-tale features of a carnivore. The jaw moves in a vertical fashion and does not move from side to side. Herbivores have developed special hinges in the jaw that allow for this horizontal movement so that they may grind grasses, roots, branches before swallowing. Carnivores swallow their food virtually whole. They have only developed lateral jaw movement because it suites their predatory lifestyle. In addition, the angels of the snout, jaw, and zygomatic arch (found behind the maxilla) have developed to maximize bite power. Carnivores have some of the highest bite power ratios in the animal kingdom. After millions of years specializing as meat-eaters, the dog’s anatomy evolved to ensure the highest possible survival rate.

Studying the structure of the digestive organs reveals a large, flexible stomach, and a short, acidic intestinal tract. The large stomach allows the dog to consume large meals in order to sustain himself until the next meal is caught. The short intestine quickly absorbs nutrients and eliminates waste. Meat does not have time to become dangerously contaminated during this process.

The stomach is highly acidic, allowing for the digestion of whole bone pieces that can be broken down into a powder-like substance. It is believed that acidity may allow a canine to ingest large amounts of harmful bacteria without being affected. This provides dogs with the ability to eat rotting carcasses in times of need, a good survival mechanism. It has been shown that dogs can eliminate Salmonella spp. when given contaminated meat and single large doses of the bacteria. Furthermore, Salmonella spp. has been known to regularly replicate and contaminate dry dog foods. An acidic gut is actually a component of the advanced immune system that dogs have developed.

The pancreas of the dog is meant to supplement the enzymes ingested in raw food. The diet must include the active enzymes needed to bind with stomach acid and break down food for absorption. Otherwise, the pancreas is called on to produce all of the appropriate enzymes for digestion. This will eventually cause the deterioration of several major organs including the liver and pancreas. Live enzymes are the precursors for many metabolic processes in the mammalian body and are an essential part of any diet. Cooked food is not well utilized because it contains only denatured enzymes, useless for proper metabolic function.

Dogs do not synthesize some of the digestive enzymes that herbivores can produce. For example, amylase is found in the saliva of animals that require dietary starch. In evolutionary terms, we can conclude that there was no need for canines to develop the ability to produce salivary amylase due to a lack of dietary starch.

The intestine and bowel of a carnivore are much shorter than a human’s, allowing for quick absorption and elimination of waste. This trait allows the animal to eat raw items that will be passed through before harmful bacteria have time to multiply and cause infection.

Studies done on pregnant and lactating bitches support this theory that dogs are carnivores. In one study, bitches were fed a high fat, carbohydrate-free diet with only 26% protein. These dogs developed hypoglycemia before whelping and had reduced blood plasma concentrations of lactate and alanine, reduced births, lethargy, and reduced ability to care for pups. One could stipulate that the absence of&nbsp; carbohydrate was the problem. Another possibility is that the amount of protein provided (26%) was not sufficient for these carnivores to maintain their health during pregnancy and whelping. Examining another study done on pregnant bitches could shed light on the theories. Two groups of bitches were fed on 51% dietary protein, some with and some without carbohydrates. Both groups had a similar positive outcome. We can conclude, confidently, that the bitches in the first study were lacking protein in their diet, not carbohydrate. It is possible for dogs to utilize carbohydrates but it is clear that they can function without them. They cannot function without high amounts of dietary protein. Research has shown that a starch-free diet with no less than 33% protein in the diet required for dogs to supply needed glucose precursors. This means that dogs cannot regulate glucose without meeting these requirements and can become hypoglycemic or diabetic if left unattended.

All of the above traits have allowed the dog to survive and thrive on a carnivorous diet for over 60 million years. The ancestors of domestic dogs roamed the earth millions of years before the appearance of the first human. The structure of the modern canine family is a truly winning design.

The domestic dog has undergone “genetic tailoring,” selectively bred to behave and look the way that suits the individual needs of human beings. Specific breeds have specific jobs and their behaviors have been modified to bring out the best traits for the job. The domesticated dog is more “puppy-like” than the wild dog which makes him less likely to dominate and more adept at forming a partnership with a human. In the wild, carnivores are naturally dominant and aggressive to ensure survival. The dog’s natural predatory instincts have also been modified for different jobs. For example, the Labrador retriever was bred to hunt birds with his owner and retrieve them but not kill them or eat them. The border collie was bred to chase and herd sheep but the killer instinct has been suppressed. If the dog did not already possess predatory instincts, he would not be able to do his job as a herder or a retriever.

How do we make the right nutritional choices for our canine companions?

The best way to determine what to feed our dogs to ensure optimum health is to study their closest living relative: the wolf. Whether you have a Chihuahua or a Great Dane, a dog’s physiological needs will change only slightly. Variations largely depend on activity level, weight, and age. The wolf survives largely on prey including buffalo, deer, elk, fish, and fowl. A smaller portion of the diet includes small amphibians, grasses, berries, and carrion scavenged from other animals. In order to feed our dogs biologically appropriate food, we must use the wolf’s diet as a model.

THE MENU – BUILDING A BALANCED DIET

It is important to remember that dogs are carnivores. Dogs are opportunistic carnivores and can adapt by scavenging to ensure survival. When you are thinking about creating a raw dog food diet for your pet, envision building a prey animal from the menu items listed below. 3P provides fully prepared raw dog food diets and all the separate components should you choose to create your own diet for your pet. We also offer nutritional advice and menu planning.

Chicken is the most common and economical base of the raw dog food diet, however, it is a common allergen for canines. Other types of poultry can be substituted and include turkey, pheasant, duck, and quail. Another white meat alternative is rabbit. When feeding poultry and rabbit, it is important to feed the meat as well as the bones. Whole poultry menu items naturally provide the correct dietary calcium to phosphorus ratio (2:1) as well as other trace minerals. It should be fed 4-5 times weekly. These meats provide protein, fat, amino acids, and essential vitamins. Depending on the white meat source, you may need to adjust dietary ratios. You can do this with the help of your raw food provider or your holistic veterinarian.

Red meats provide a rich source of protein, vitamins, minerals, fats, and amino acids. They are especially high in iron and phosphorus so it is important to balance these menu items with white meats and bones to maintain correct dietary calcium and phosphorus ratios. Adjustments can be made depending on your dog’s individual needs.

Approximately 10% of the dog’s diet should consist of organ meat. Heart and liver meat are great sources of vitamins, minerals, and amino acids. The liver is high in vitamin A and should be fed in moderation.

Dogs benefit from pureed vegetables. Up to 25% of the dog’s diet can be made up of vegetation. Dogs can eat a wide variety of vegetables (root and leaf).

*Dietary requirements will vary base on age, weight, and breed.